Combine four must see England destinations with a tour of Downton Abbey filming locations on this fantastic two day tour. 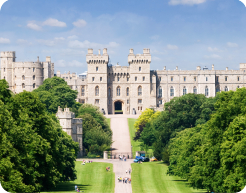 On the first day of this magical 2 day tour we will visit some of England's most iconic sites, full of history and mystery, beauty and charm, of grandeur and opulence all wrapped in delightful landscapes.

We make the short trip out of London, along the banks of the Thames at Runnymede and learn of the declaration of Magna Carta and see where King John placed his seal on the document in 1215, thus beginning a road to democracy this country has followed for centuries. Nearby is the John F Kennedy Memorial and further upstream stands glorious Windsor Castle, the oldest and largest continuously occupied castle in the world. On arrival in Windsor you will have the option of spending time in the town or you can choose to enter Windsor Castle (entry extra). There will be plenty of time to visit this majestic fortress, home of Her Majesty The Queen. Admire the State Rooms, visit St Georges' Chapel, burial place of Henry VIII, Charles I and the late Queen Mother with her husband George VI or marvel at the intricate detail of Queen Mary's Dolls House. You can also find time to wander around the riverside town, see the Guildhall where Charles married Camilla or take morning tea in the famous Crooked House. 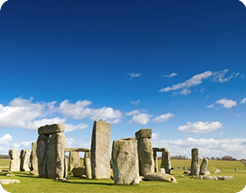 Later in the morning we will drive westwards into historic Wessex, to rolling chalk hills and a plethora of ancient sites, the most impressive of which is the monument known as Stonehenge. Out here as the ice age gave way to warmer climates, Neolithic settlers began to farm and hunt in this high ground. They left their mark on the landscape with burial mounds and stone circles. We will pass many of these on the way to Stonehenge where your guide will give you a complete introduction to the site and present the facts that are known and the theories that are discussed and debated about this amazing feat of ancient engineering. We are given the chance to see a three dimensional reconstruction of the monument in the new visitor centre as well as 'hands on' activities before we approach the stones from a new direction, as for this year and from now on, Stonehenge has been returned to a more natural setting with the new, much larger, museum and visitor facilities being moved over a mile away. 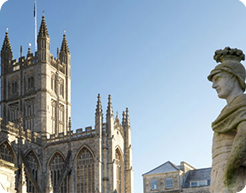 Enjoy your time with this new, more rewarding experience, before we leave this landscape behind us and move from chalk into limestone to the golden city of Bath. A city that has always welcomed tourists due to it's hot springs that have been enjoyed since Celtic times, over two and half thousand years ago. When the Romans arrived around two thousand years ago they found that hot water an ideal antidote to the cold weather of the Mendip and Cotswold Hills. They named the city Aqua Sulis after the local Celtic God of the underworld, and soon it became an important religious centre as well as a Roman spa. Time went by, and the baths were lost under layers of mud, but the hot springs and Roman ruins were rediscovered in the 18th century and it soon became a fashionable place to see and be seen as Georgian aristocracy and the new rich travelled up from London to ease the pain of rheumatism and gout in this elegant resort, rebuilt and renewed by local architects and builders. We tour both the 18th century crescents, circuses and squares as well as the Roman Baths Museum, then you can enjoy your own free time before we meet up to depart Bath.

En route to our hotel we stop in Lacock. A beautiful Cotswolds village,  often used as a backdrop to such films as the Cranford Chronicles, Pride and Prejudice and Harry Potter. Please note due to daylight hours this stop is included April to October only.

We stay overnight in 3* accommodation on the edge of the beautiful Oxfordshire Cotswolds. 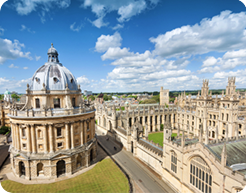 We spend the morning in Oxford where you will enjoy a guided tour of this famous University city. Founded in 1167, Oxford is England's oldest university. Upon arrival we will take you on a walking tour of the famous college buildings, amongst cloisters and quadrangles, along the back streets and into chapels and dining halls and across cobblestone squares standing in the shadows of the famous "dreaming spires"

Some of the university colleges that you will see include Christchurch (the setting for some of the most famous Harry Potter movie scenes), Merton, Oriel, Corpus Christi, Magdalen, University, Queens, All Souls, Hertford, Trinity, Balliol and St John's. The University has 39 independent, autonomous colleges and you will also pass alongside many others on your tour. During your free time, you will be able to wander back and explore at your leisure (subject to opening restrictions).

After Oxford we begin touring the filming locations from the hugely popular Downton Abbey series. First stop is Yew Tree Farm (Cogges) where we take a tour and learn of the relationship between the tenant farmers and landowners. After we hear the stories and see the sights of Downton Abbey filming at Yew Tree Farm and explore the house. There will be time for lunch in the delightfully refurbished rustic cow shed Café at Cogges. 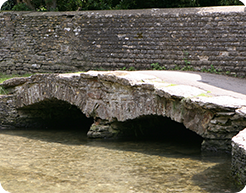 From Cogges we take a drive though the Oxfordshire Cotswolds countryside, travelling on roads large coaches would not be able to travel on, driving along the back-roads to see some hidden gems of the English countryside. One such gem is the village of Shilton.

The village lies in a small basin and appears untouched for centuries. Stone cotttages, streams, footbridges, pumps and wells create a truly idlylic scene. Our guide will explain to you how all of this was transformed to create a village pub scene in Downton Abbey! 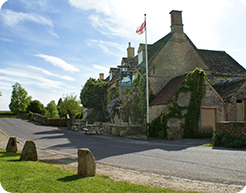 We continue our drive through the countryside, stopping at the Swan Inn in Swinbrook. The Swan Inn hosted the elopement of Lady Sybil with Branson the family chauffeur, one of the most controversial storylines from the series. The village of Swinbrook itself, a truly magical, picturesque Cotswold village, is more usually associated with the notorious Mitford Sisters. The family grew up in Swinbrook, and you can visit the graves in the local Church yard of some of the celebrated sisters including Nancy, who wrote the classic novel 'Love in a Cold Climate'. 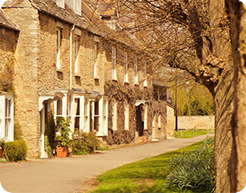 The 2 day tour ends in Downton Village (Bampton). The village of Bampton has been used extensively in all series for Downton Village filming. Bampton Library was used for Downton Cottage Hospital and Doctors surgery; St.Mary’s Church became Downton Church and Church Square; Churchgate House was used for exterior shots for the Crawley family home; and we walk along the street which has been used for shops, the post office and the Grantham Arms. The village itself is a stunning Oxfordshire Cotswolds village with houses dating back to the 17th and 18th centuries, and St.Mary's Church spire dates back to the 13th century.

After some free time to enjoy Downton Village we take the short drive back to London to end the tour.

The minicoach will drop off in London at the same pick up points as day 1.

This tour is a guaranteed departure and will operate with one or more people. The maximum group size will be 16 people.

Disclaimer: International Friends Downton Abbey day trips and tours are not endorsed, sanctioned or in any other way supported, directly or indirectly, by Carnival Films, NBC Universal or Julian Fellowes and his representatives.