In just three hours we will have completed our journey to York by train from London. You will be arriving in a city soaked in history, full of character with wonderful buildings around every corner and down every narrow cobblestone street. This is hardly surprising as we are visiting a city founded as far back as 71 AD. 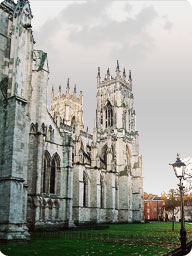 York, in many ways, is England's "second city", it was the Roman's northern capital, known as Eboracum and also the place chosen for the second and only other Archbishopric outside of Canterbury when the Kingdom of Northumbria was Christianised in 627 AD. York has always been known as the City of King Richard III as the hapless monarch spent many years here. The city is renowned for its medieval buildings such as the 14th century Merchant Adventurer's Hall, the famous narrow cobbled street known as the Shambles and magnificent York Minster, which contains over half of the country's surviving medieval stained glass. 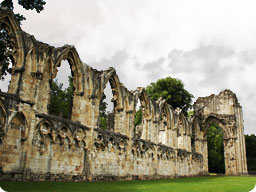 We begin with a walking tour of the city. The area is best explored on foot and we start with the city walls that surround the whole of York. Part Roman, part Medieval, the wall offers great views as we stroll high above the city and head to the 11th century castle. We cross the River Ouse and follow the narrow streets past the famous Yorvik Centre and the half-timbered Merchant Adventurer's Hall to the strangly named Whip-ma-whop-ma-gate and the delightful Shambles. We continue down Petergate to York Minster and learn about the Roman leader Constantine who was proclaimed Emperor here. We learn of Viking raids and massacres, of ghosts and religious upheaval as we make our way to the impressive cathedral known as York Minster (admission not included). 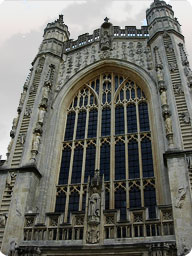 After our tour there will be free time to explore the city further, and enjoy the St.Nicholas Fair Christmas Market. The streets will be full of alpine chalets selling Christmas gifts and delicious treats.

Other attractions in the city include The National Railway Museum which is free of charge. It's crammed full of locomotives, carriages, signals and other historic railway items. The Castle Museum is dedicated to the history of York and Yorkshire and can be found at the Eye of York (next to the castle itself) and is converted from an old prison. The Yorvik Centre is a 'dark ride' that takes you through a recreation of life in York during the 8th and 9th centuries with sights, sounds and smells!!